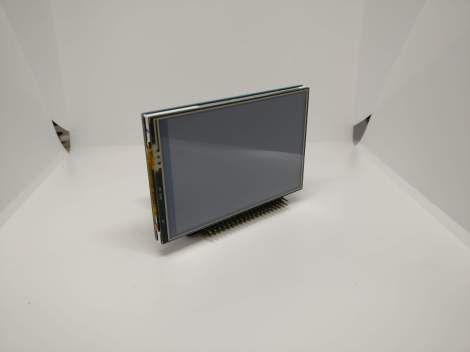 So while making my last project the Pocket Pi it dawned on my that I could use some of it as a stand alone platform to build raspberry pi projects on. The idea being that with most of my raspberry pi projects they will need a screen, so with every project I would need to buy a screen plus some way of powering the project too. But using my platform I could just build a “add-on” and jobs a good’un 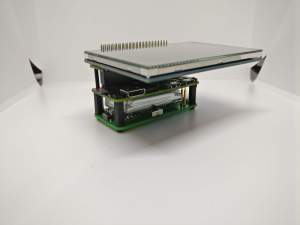 Lets start with the screen, Its pretty much the same setup as the pocket pi but this time I didn’t need a switch or somewhere to add the power leads too. It’s just a real simple PCB that ties the long pass thought headers and breaks out the pins needed for the screen, It also has holes that will allow it to be bolted to the pi and power bank board. The screen as a resolution of 480×320, This makes for a roomy feeling desktop and terminal environment to work on. The screen is a clone of the waveshare 3.5″ screen and can be found on eBay for about £10. To get it working all you need to do is follow the instruction on the wiki and install the drivers.

This is that part that’s been holding the whole project back, I wanted to find away to add a power bank to the pi zero but have it no bigger then the raspberry pi zero footprint. After researching lots of different power bank boards I came across what is essentially a power bank on a PCB. What I liked about this was it was small enough to fit in the raspberry pi zero footprint but had enough features that I needed. One of these features which I feel is essential to every raspberry pi project is away of letting you know that the batteries are getting flat so you can safely shutdown your pi, This board had the 4 LED’s which show battery level. The next features I needed was it had to be able to support the current draw of the pi on boot up but also wouldn’t turn off once the pi was idling due to very little current draw. All that was left to do was find a battery and get a PCB made. I used pogo pins and 2.5m standoffs to connect the power bank to the raspberry pi. The battery I found was a 800mAh and would give me an idling run time off 1 hour 43 minutes which is quite impressive for the size. 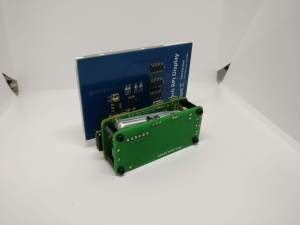 I also took the USB hub from the pocketPi and used it on this project too. You can add it if you need full-sized USB ports. The power will pass thought from the battery board stacked on the back of the USB hub. I made the hub out of one of these OTG micro USB hub for phones. 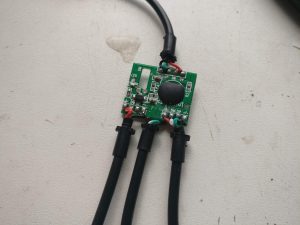 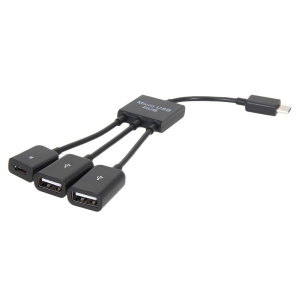 I made a PCB to route the USB hub PCB to 2 full-sized USB ports. It connects to the raspberry pi via pogo pins too. 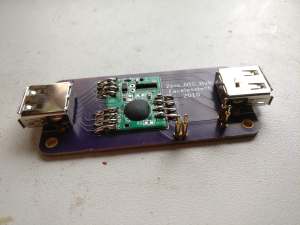